Monaco is a sovereign city-state located on the French Riviera in Western Europe. France borders it on three sides and one side borders the Mediterranean Sea. It is the second smallest and the most densely populated country in the world. 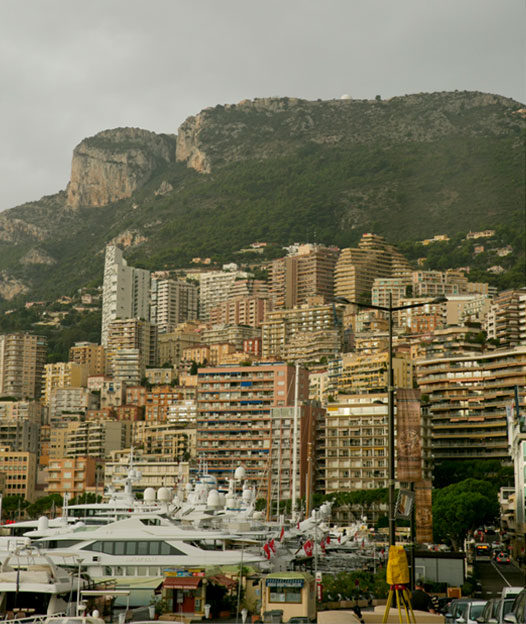 It’s mild climate, village like charm, splendid scenery, and gambling facilities have contributed to Monaco’s status as a premier tourist destination and recreation centre for the rich and famous. There is no income tax and being a tax haven many billionaires have built their homes. 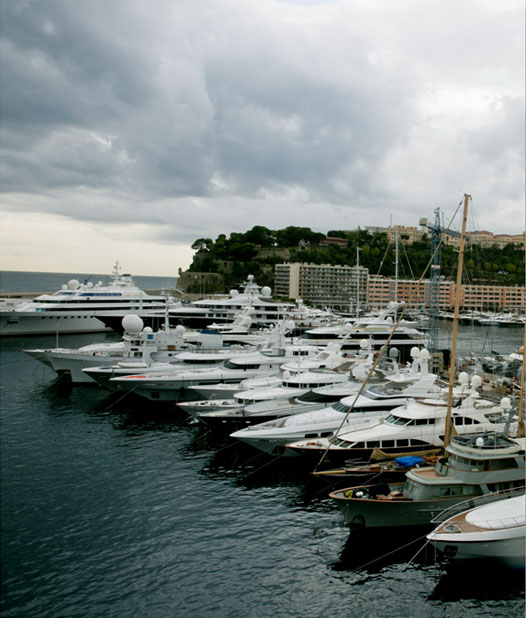 “Le Grand Casino” is the most popular tourist spot and most photographed building. It is the busiest square where the entire rich and famous tourist alights from their super luxury cars and walk into the casino. 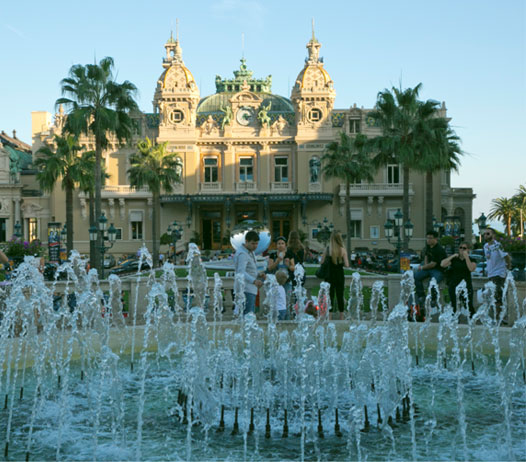 Since 1929, the Monaco Grand Prix has been held annually in the streets of Monaco.It is widely considered to be one of the most prestigious automobile races in the world. The erection of the “circuit de Monaco” takes six weeks to complete and the removal after the race takes another three weeks. The circuit is incredibly narrow and tight and its tunnel, tight corners and many elevation changes make it perhaps the most demanding F1 Track. 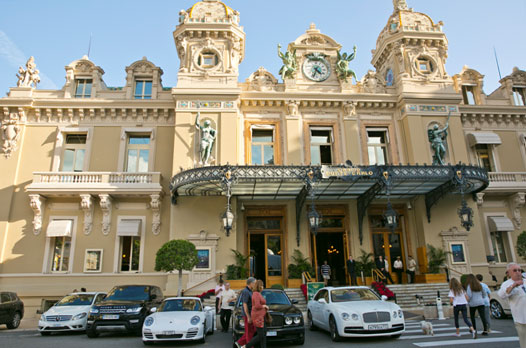 With a team of just 29 members, The Kitchen Art team had the most daunting task of catering in three different venues simultaneously. It was a race against time as the crew had just two days prior to the events to prepare.

Language was a big problem in this French speaking state. Explaining the vendors for chicken eggs was hilarious!!

Our first venue was the hermitage hotel where we served breakfast and lunch for the Baratis daily for tree days. The central dining room had its own French renaissance charm and the settings were regal. 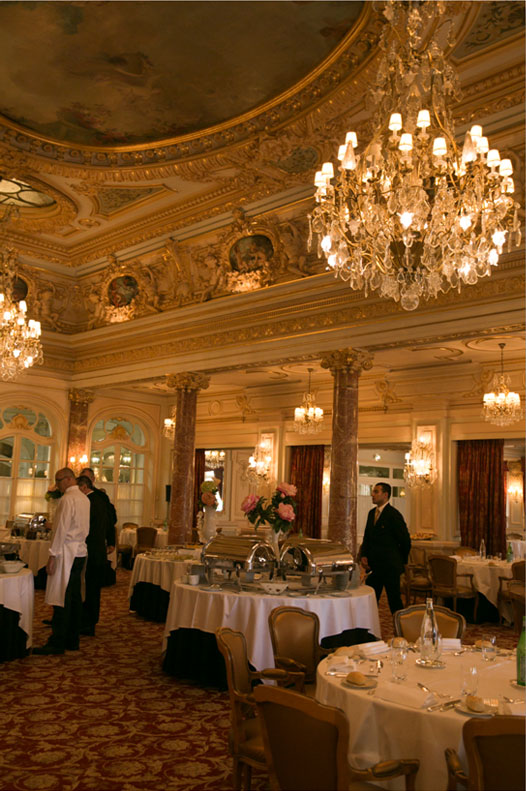 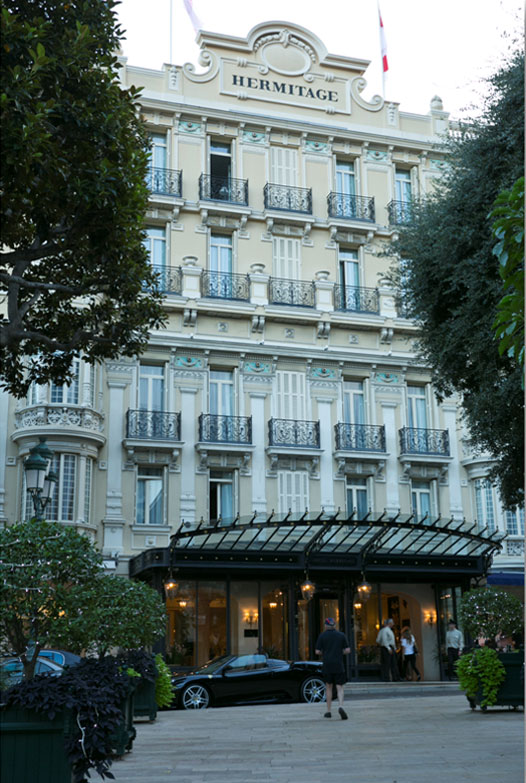 The second venue was The Fairmont Hotel and the Monte Carlo Yacht club where the Mehndi and the sangeet were held with great zeal and zest.

The biggest challenge one confronts in such countries is that one cannot cook on gas burners and all the cooking is done in brat pans and steam-jacketed boilers. Cooking Indian cuisine in them is a challenge and gets frustrating sometimes.

Mr Sikand with Fairmont’s chef de cuisine (chef Philippe) and head chef (Chef Laurent) at the yacht club prior to the sangeet function. 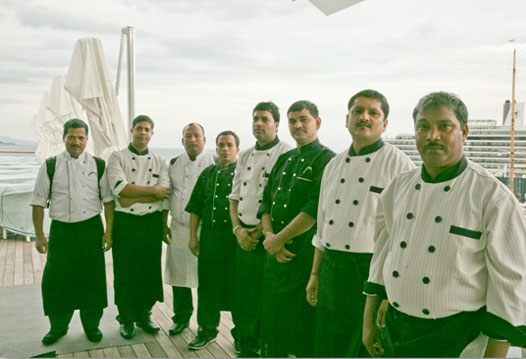 …And team TKAC prior to the function

A perfect setting – kebabs being grilled on the roof top of Fairmont Hotel with the royal Casino in the background. 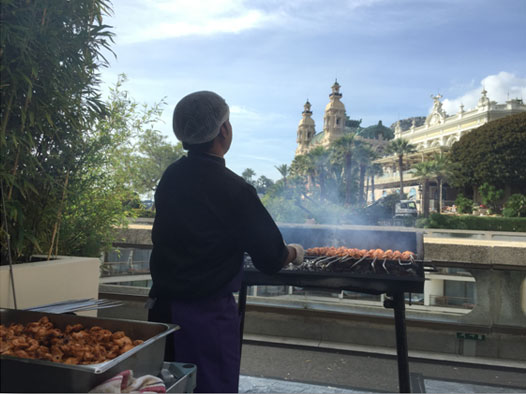 The third venue – “The Sporting Club” here many renowned singers and musicians have performed in this spectacular venue.

The grand reception was staged here in an open to sky environment decorated with rare flower arrangements.

Behind the scene our team was busy cooking for this event. 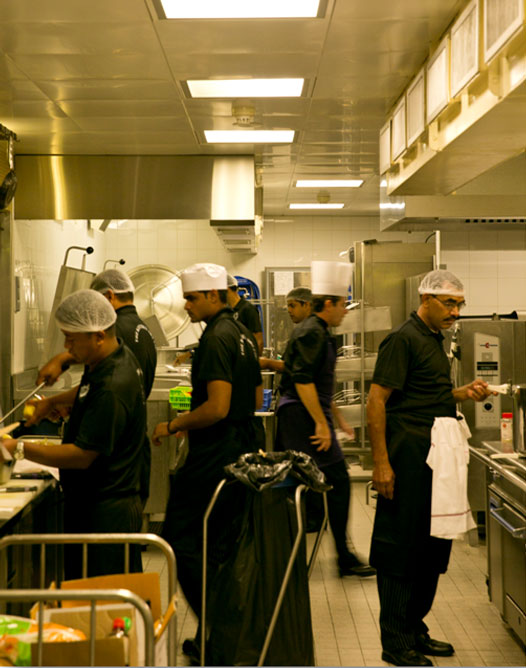 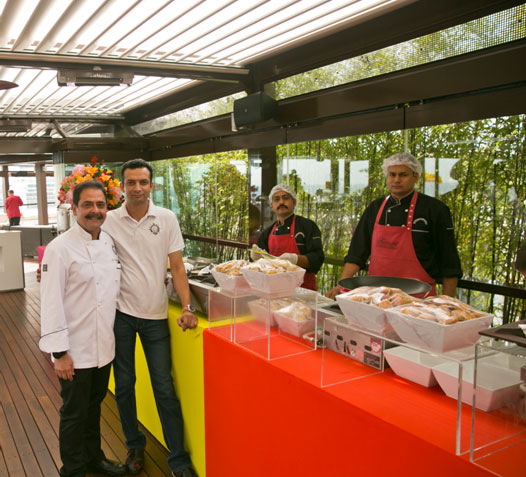 Sharad Dahiya, Surinder and Rakesh with Mr Sikand before the mehndi ceremony

The menu was chat and some delicious grills made by the hotel. Their sweet prawns were to die for. Never eaten such fresh & sweet tasting prawn. 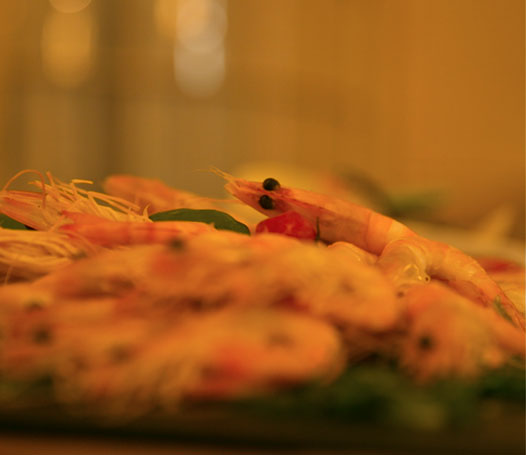